The Lancaster Economic Development goals are to stimulate job creation and capital investment into the City through attracting new businesses and expanding current ones. In order to achieve those goals, economic development agreements with desired businesses, which may include tax abatement and other incentives as authorized by Chapter 380 of Texas Local Government Code, were made. All agreements must be approved of the City Council. 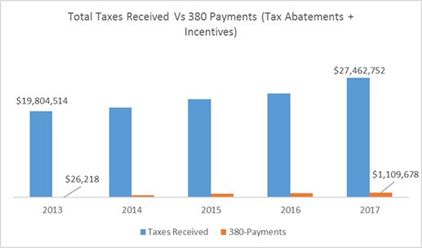 Estimated taxes abated in year one of agreements:

Number of jobs created/retained as listed in the agreements through the fiscal year 2018 is 360.

The number of tax abatements granted each year for fiscal year 2014 through 2018: 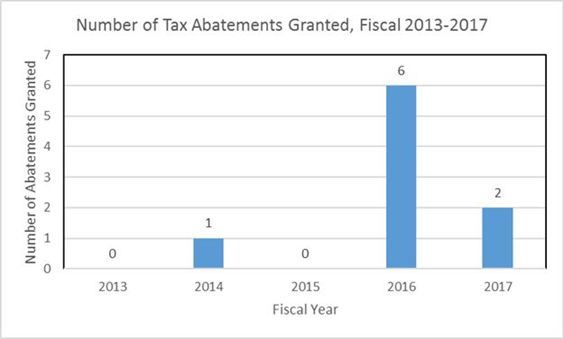 The amount of taxes abated in millions for each year for fiscal year 2014- 2018: 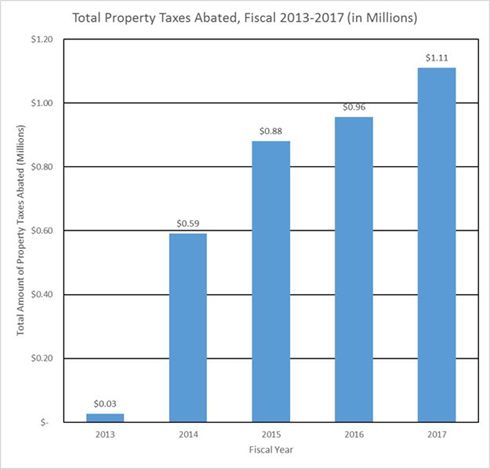